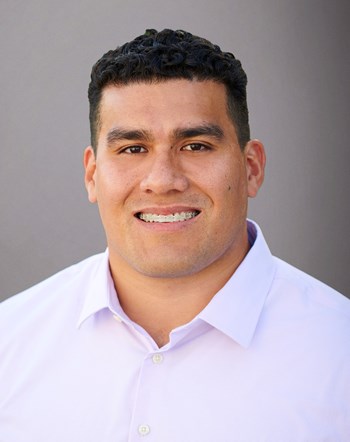 Sione is a Senior Associate with NAI Capital and specializes in the sale and leasing of industrial land sites and logistics warehouses. He is focused on the Inland Empire marketplace with a distinct interest in the “Inland Empire West” area. Sione’s expertise has been in land acquisition and site selection in support of the corporate demand for Logistics Warehouses. He specializes in the structuring and origination of land assemblages for major institutions and private landlords.

Sione joined NAI Capital’s Lee Chang Group in 2017 as a successful runner responsible for lead generation mainly in the Fontana and Rancho Cucamonga marketplace. As a result of his success, Sione was awarded the Dave Powell Rookie of the Year award in 2018. In 2019, Sione was offered a junior associate position with the Lee Chang Group. In his work with the team, Sione focuses on assemble land sites for major institutions and private owners in the Inland Empire.

Prior to joining NAI Capital, Sione was a professional football player in the National Football League (NFL). He was drafted by the Carolina Panthers Organization in 2011 and played five years, including an appearance in the 2014 Super Bowl while playing for the Denver Broncos.

Sione is married with one child and resides in Los Angeles.