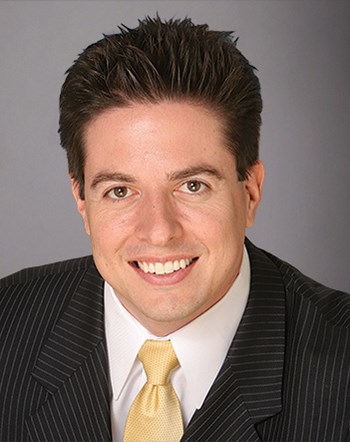 Career Summary
John Cserkuti joined NAI Capital in January of 2006 as Senior Vice President and Co-Manager of the Los Angeles North Office located in Santa Clarita, CA. Prior to NAI Capital, Mr. Cserkuti was Vice President of Grubb & Ellis Company LA North and tenured from April 2000 through January 2006. Mr. Cserkuti began his career in commercial real estate in 1998 while working at CB Richard Ellis Company. He quickly rose through the administrative ranks in the 2 years at CBRE and immediately made the transition to brokerage where he has been a successful salesperson ever since.

During his five-year stint with Grubb & Ellis Company, Mr. Cserkuti began as an associate and worked alongside 3 top producing advisors during his first two years and quickly transitioned into a full-fledged advisor status. By the end 2003, Mr. Cserkuti found himself at the top of an elite list and was awarded Rookie of the Year for the LA Metro Region. While at Grubb & Ellis, Mr. Cserkuti devoted most of his time as a leasing specialist in the Santa Clarita Valley market and was responsible for handling the day to day leasing activities on more than a dozen shopping centers in the area. He also assisted in the sale of multiple commercial land parcels from Newhall Land & Farming to various retail and apartment developers. With over $50 million in commercial land sold, and 2,000,000 sq.ft. of retail leasing, Mr. Cserkuti is intimately familiar with the Santa Clarita/Valencia area. Some of his current projects include acting as lead role in the pre-leasing of Bridgeport Marketplace, a 130,000 lifestyle-grocery anchored center; Centre Pointe Marketplace, a 105,000 sq.ft. neighborhood center with Wickes, Office Depot, Starbucks and others; and Park Plaza, a 60,000 sq.ft. Chilis and Starbucks anchored center.