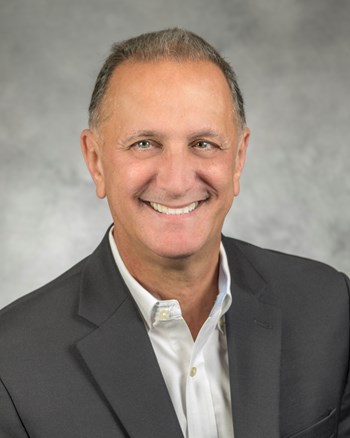 Al Isaac has been a licensed real estate broker since 1983, specializing in the leasing, sale, management and development of commercial and industrial properties throughout the Central Kentucky area.

In 1987, Isaac founded NAI Isaac as a full service commercial real estate company. As President, he has overseen and initiated major projects and developments along with negotiating, financing and closing many sales and leases each year for clients and partnerships he heads. Isaac also trains and supervises the sales, leasing and managing staff and is involved in commercial property real estate consulting. During the time Isaac has been President, NAI Isaac has become the largest full service commercial brokerage firm in the Central Kentucky market. NAI Isaac currently has exclusive listing contracts for approximately 6,000,000 square feet of commercial real estate.

Isaac was the recipient of the NAI Member of the Year, Tertiary Market in 2012 and 2005. Isaac also received the NAI National / International Member of the Year award, the Member of the Year Southeast Region award and the Retail Council Leadership award for 1999. Other honors include the Chairman Award for the Southeast Region in 1997, the Southeast Region Network Member of the Year in 1994 and the Eagle Award as the outstanding new NAI member for the nation in 1987. Isaac currently serves on the NAI Global’s Member Leadership Board as a member of the Leadership Taskforce for NAI Global. The Leadership Task Force is charged with worldwide implementation of NAI Global’s strategic initiatives. Isaac served as the Chairman of NAI’s Leadership Board for 2005 and was an active member of the NAI Leadership Board from 2006 – 2017, as well as Chair of the Coordination Committee, Primary Initiatives Committee and Strategic Planning Committee. Isaac was Vice Chair of the Leadership in 2004, Chair of the Membership & Brokerage Committee, appointed as Committee Chair for the NAI Council Leadership and elected as the NAI Leadership Board Executive Committee Secretary for 2003, served as Chairman in 1999 and Vice Chair on its Board of Directors in 1998. Isaac also served on the National Advisory Board for NAI from 1995 to 2002, was a founding member of the NAI National Retail Council and has participated in the NAI Marketing Committee, NAI Membership and Brokerage Committee and has served on the NAI Branding & Identity Committee. Isaac serves as an Advisory Board Member of the Bank of the Bluegrass. A Kentucky native, Isaac has been active in the local school systems as a business partner and Soccer Board Member, the Southern Hills United Methodist Church’s Administrative and Trustee Boards, the Board of the Central Kentucky YMCA, the Beaumont YMCA Board of Directors and Finance & Property Committees, youth sports coaching and supports many children’s charities. Isaac was the 2012 recipient of the YMCA’s Red Triangle Award and currently is the Chair Elect of the YMCA’s Central Kentucky Association Board.