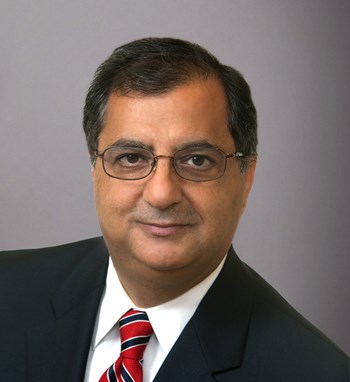 Mehran Foroughi serves as Senior Vice President with NAI Capital’s Orange County office. He specializes in retail property investments, including single-tenant sale transactions, in California and nationally. His transaction portfolio also includes office, industrial parks, and self-storage facilities. Mehran's client base is comprised of a diverse investor community, one in which he has earned a reputation as a true advisor and partner. He works in conjunction with his clients to make critical and income-earning business and financial decisions that make sense for long-term investment success.

Prior to joining NAI Capital, Mehran was a top producer in Sperry Van Ness’ Irvine office through 2009 and at Colliers International until December of 2017.

Mehran was the recipient of the prestigious Sperry Van Ness Outstanding Client Satisfaction award for his dedication to client service. He also received the company's Pacesetter Award and the Achiever’s Award during his career at SVN. Before gaining a reputation in commercial real estate, Mehran served as manager and general manager for renowned regional and national retail department stores such as Mervyn's, the May Company and Montgomery Ward for 17 years. Mehran also served as sales manager for the Federated Group (Broadway department store), where he received the Best Trainer Award for training 57 employees into higher management positions, while consistently improving the store's sales volume.

As of mid 2017, Mehran has sold 100 7-Eleven and 7-Eleven anchored investments properties. These properties are nationwide but with a Southern California emphasis. From 2009 to 2011 Mehran was ranked in the "Top 5" of all Collier’s agents in the United States and given the coveted "Deal of the Year" award for his 2009 transactions, including a multi-state portfolio of 7-Eleven anchored retail investments.