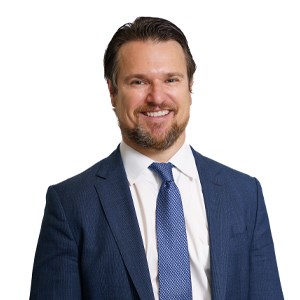 Todd Hubbard is a Managing Principal and President of Fort Worth for NAI Robert Lynn. He is responsible for the management and growth of the Fort Worth office. NAI Robert Lynn's Fort Worth office is a full-service commercial real estate firm in its scope of work including office, industrial, retail, land and property management. The scope of Todd's transactions include industrial, office, and land transactions ranging from leases, dispositions, acquisitions, build-to-suits, design builds, subleases, and sale-leasebacks, his primary specialization being industrial.

Todd began his career in December 2003 as Market Director with NAI Robert Lynn after working as an accountant for a large fiber optics manufacturing company. Todd was promoted to Vice President in 2005 and Executive Vice President, Director of Brokerage Services in 2007. In 2011, NAI Global chose NAI Robert Lynn to become its Fort Worth partner, and Todd was promoted to President of the office and became a Principal.

In 2021, Todd was promoted to Managing Principal. This extended role formalized Todd's involvement in company strategy decisions with George Dutter and Mark Miller.

Todd's hard work, honesty and dedication to using his market knowledge to help his clients achieve the best results for their real estate needs have allowed him to become one of the top brokers in Fort Worth. He has closed well over 800 transactions with a value over $750 million and over 50 million square feet.

Todd and his wife, Anita, have a daughter and a son. They reside in Southlake.