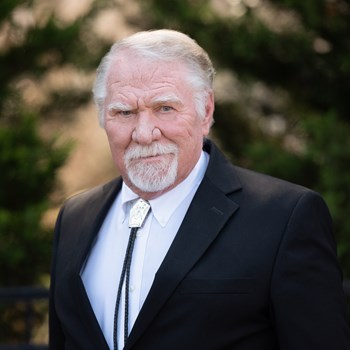 One of the most highly regarded commercial real estate professionals in North Carolina, Steve Stroud began his real estate career in 1965, primarily brokering commercial/industrial land and buildings. His list of developments include the expansive Highwoods Office Park, the Arbors Complex, One North Commerce Center, the Rex Drive Office Complex, the Crossroads Complex in Cary and the original assemblage of property around RDU Airport. While assembling and developing major industrial and office tracts in Wake County, Mr. Stroud founded Carolantic Realty in 1972, which merged with NAI Tri Properties in 2020. Mr. Stroud's expertise as a real estate broker and developer has now helped make NAI Tri Properties the "most called and most quoted" brokerage firm in the commercial real estate marketplace. The legal, financial, journalism, accounting and real estate communities all look to NAI Tri Properties for advice and information. In addition to Mr. Stroud’s real estate activities, he is active in various civic, business and community development activities. A close friend has said of him, “What makes him unique is his unwavering effort to give back to the community.” In 1987, Mr. Stroud became President of the North Carolina Railroad Company. At that time the major spine railroad was divided into two ownerships: the North Carolina Railroad and the Atlantic and North Carolina Railroad. For over 100 years people have recognized the importance of merging the two railroads, but without any success. However, during Stroud’s tenure as President, the merger was finally accomplished for the benefit of all citizens in North Carolina. Mr. Stroud has always been an avid supporter of NC State, recognizing its importance to the Triangle community and the State of North Carolina. In addition to being past-president of the Wolfpack Club, Mr. Stroud was a founding member of the Board of Advisors for the newly formed College of Management for NC State. This college has grown very quickly both in student population and stature and is now ranked among the top business schools in North Carolina and the Nation. In 1985, Mr. Stroud was asked to be Chairman of the Coliseum Committee to study the feasibility of a major events facility in Raleigh. Many would have given up after that experience, but his unwavering commitment to the community led to the creation of the Centennial Authority, which was established by the NC Legislature. In 1995, Mr. Stroud was elected as Chairman of the Authority with the mandate to design and build what was to be known as the Raleigh Entertainment and Sports Arena. He was also instrumental in attracting and convincing the Hartford Whalers, now known as the Carolina Hurricanes, to relocate to this area. Now completed, the newly named RBC Center is home to the NC State basketball program, and the NHL hockey team, the Carolina Hurricanes. This facility’s success has exceeded the dreams of those who supported it. Few would have been willing to take on the task of leading this 13-year effort, but Mr. Stroud did, managing to pull off the deal which will forever change the face of the Triangle area, boosting economic development for years to come.

Professional Designations: Society of Industrial & Office Realtors (SIOR): The SIOR designation is awarded to individuals who have met rigorous requirements based on their outstanding knowledge of the commercial real estate industry, professional and educational background and adherence to ethical standards. There are only 2,830 SIOR members world-wide and only 92 members in the state of North Carolina. Professional Affiliations & Organizations: NAI Global: Our team has been the Raleigh/Durham affiliate for NAI Global since 1982. This network enables us to assist clients in multi-market expansions or dispositions throughout the world. Triangle Commercial Association of Realtors (TCAR): An organization of licensed commercial real estate brokers, enabling members to advance their education & knowledge of issues impacting commercial real estate. CoreNet Global: CoreNet Global is a dynamic, fully developed global network of professionals who create strategic value for their enterprises by advancing knowledge, connecting people and promoting personal excellence. Awards and Recognition (partial listing): 2016 CEO of the Year, selected as one of 20 top CEOs in the Triangle by Triangle Business Journal. 2012 Triangle’s 100 Most Influential Business Leaders, as selected by Triangle Business Journal. 2011 NAI Global Deal of the Year: Presented to Mr. Stroud and the Special Assets team for selling over $600 million in notes for the year for a major NC bank. 2012 and 2011 NAI Global Elite: Awarded for being a top performer and top producer based on production. 2011 & 2010 NAI Global Eagle Award: Presented in recognition of performance that best exemplified the “Right Stuff”: a combination of leadership, capital and resources; commitment to quality; the desire and energy to grow; and share the NAI Global vision for excellence in commercial real estate services. 2011 Trendsetter Award: Presented by the Triangle Commercial Real Estate Women (TCREW) at the Champion Awards to a company who has taken a risk in commercial real estate in an innovative way which was later adopted by many others…the Annual Triangle Commercial Real Estate Conference. The event has spawned many smaller events by competitors and business partners. 2010 Legacy Leader Award: Presented by Triangle Business Journal. Part of the inaugural class of 15 award winners. 2010 Powerhouse Award: Presented by the Triangle Commercial Real Estate Women (TCREW) at the Champion Awards to an individual who has demonstrated extraordinary leadership and/or achieved extraordinary work volume or value. 2010 Largest Land Deal of the Decade: Presented by Triangle Business Journal at their annual Space Awards. 2010 Top 50 Entrepreneurs in the Triangle: Presented by Business Leader Media. 2009 Mover & Shaker: Presented by Business Leader magazine honoring rising leaders in the Triangle. 2008 Realtor of the Year: Presented by the Triangle Commercial Association of Realtors at the Frontier Awards. Triangle Business Leader Magazine Impact Leader Award 2008: Presented for Triangle leadership. Raleigh Downtown Magazine’s 32 Most Influential People 2008: Leaders chosen for their vision and commitment to improving the Downtown Raleigh area. Patrick Henry Award 2006: Award presented to individuals in positions of great responsibility who have distinguished themselves with outstanding and exceptional service, presented by the National Guard Association. Pillar Award 2006: Award presented to an Outstanding Commercial Real Estate Broker, presented by the Triangle Business Journal at their Annual Space Awards. Chairman’s Community Impact 2006: Award given to an individual whose efforts have had a lasting impact on the Triangle sports community, presented by the Sports Council at the Evening of Champions. Pinnacle Award 2004: Presented to NAI Carolantic Realty, Inc. & Steve Stroud for Staying Power, Business Growth, Community Involvement, and Innovation, presented by the Greater Raleigh Chamber of Commerce. A.E. Finley Award given for Distinguished Community Service 2001: Presented by the Greater Raleigh Chamber. Impact Award 2000: Given to a professional who has made the greatest contribution to or influence on the commercial real estate industry, presented by Triangle Commercial Real Estate Women (TCREW). Order of the Long Leaf Pine 2000: Represents the highest award given to a citizen of the State, presented by former Governor James B. Hunt. Distinguished President’s Award 1976: Presented by Optimist International. Triangle Commercial Association of Realtors: Frontier Awards: Million Dollar Sales Club & Million Dollar Land Sales for several years; 2009 Sales Transaction of the Year SIOR Carolinas Chapter 2005-2006: Largest Industrial/Land Transaction for year. A partial listing of Mr. Stroud’s professional and community commitments include: • Member, First Tennessee Bank, N.A. Triangle Advisory Board, 2015 - Present • Executive Committee, Board of Directors, NC Citizens for Business & Industry, 2002-Spring 2006 • Member, Centennial Authority, 1995 – Present • Member, WakeMed Foundation Advisory Council, 2008-present • Past Chairman of the Centennial Authority, 1995-December, 2005. • Board of Advisors for the Poole College of Management, NC State University, 1994-Present • Executive Board member, NCFREE, 2000-2008 • Co-Chair of Silver Anniversary Committee for NCFREE, to raise $1,000,000 • President, North Carolina Railroad Company, 1987-1993 • Chairman, Coliseum Committee of 1985, to study feasibility of a major events facility in Raleigh • Member, Board of Directors, Greater Raleigh Chamber of Commerce, 1989-1992 • Member Wake County’s Blue Ribbon Committee on the Future of Wake County, 2005-Present • Member, Board of Directors and Executive Committee for North Carolina Amateur Sports Association (1987 Olympic Festival) • Vice Chairman, North Carolina Economic Development Board, 1985-1991 • Member, North Carolina Transportation Task Force • Past President, Board of Directors, North Carolina State University Student Aid Association • Raleigh Planning Commission, 1976-77 • Member of the Society of Industrial and Office Realtors; Carolinas Chapter of SIOR since 1976 • Member of the Optimist Club of Raleigh since 1967; President, 1975-76 • Member of the Raleigh Board of Realtors since 1965