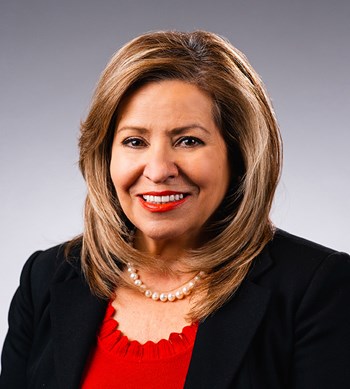 A native of Albuquerque, New Mexico, Martha specializes in the leasing acquisition and disposition of single and multi-tenant office/assisted living/medical/industrial/retail and land properties for local and national clients. She has been active in the commercial real estate industry since 2004. Her experience includes working directly with owners, investors, developers and attorneys in the commercial real estate industry. Martha has testified as an expert witness several times, giving her Broker Opinion of Property Values and providing critical information of the commercial industry. Prior to rejoining NAI SunVista (formerly NAI Maestas & Ward), Martha was a vice president at Colliers International. Before that, Carpenter was a Director with NAI Maestas & Ward and received several top producer awards during her tenure.

Throughout her career, Martha has won numerous top producer awards. In 2010 and 2011 she was presented with the prestigious CCIM NM Top Deal of the Year Award over $2,000,000. In 2010, 2011 and 2012 Martha was recognized by the CoStar Group as a Power Broker for the state of New Mexico. For seven consecutive years, 2006-2012, Martha received the NAI Maestas & Ward Commercial Real Estate award for Top Deal Maker. Most recently, Martha was awarded the “Top Broker” for Colliers International New Mexico office. Martha is regarded in the commercial real estate industry as an expert in the commercial industry and has worked with several local, as well as national companies.