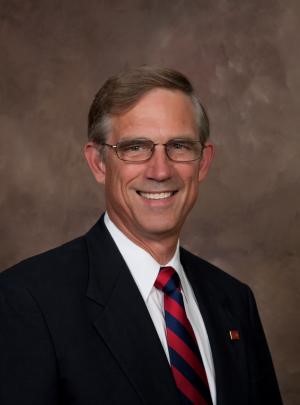 David is the senior member of the Multi-Family Division of NAI/Latter & Blum. He closed his first large multifamily transaction in 1986 and brokered many dozens of large apartment deals prior to moving his license to NAI Latter & Blum in 2011. Here, he formed the Multi-Family Division ("MFDiv"). As the senior member of the MFDiv, he is responsible for training other team members, generating some of the listings and investors and perfecting the systems necessary for the MFDiv to excel in multi-family brokerage.

Since Dec 2011, the MFDiv has closed over 20 sales on apartment complexes totaling nearly 4,000 units and about $200M in sales volume. Several of these properties sold for significantly more than their appraised values.

In addition to just brokerage experience, David has been “hands on” by personally acquiring, renovating, managing, condo-converting, financing and doing workouts with lenders. He understands apartments inside and out. This hands on experience is particularly valuable when analyzing a property's current performance, understanding what is necessary to improve it and projecting what its future performance will be.

David understands first hand what investors face after they leave the closing table. Most importantly, he knows what it takes to make a deal work over the long term. David is well versed in the elements of doing a deal – from analyzing the property and negotiating the contract to arranging financing and then shepherding it through the closing process to a successful transaction for all parties.

Site selection and buyer representation.
In the early ’80’s, David became co-owner of Real Estate Investment Services, a real estate firm that specialized in market research and analysis which primarily represented buyers in the acquisition of commercial real estate. Throughout his career, David has continued to represent investors and developers in the selection and acquisition of properties meeting their investment criteria.

Apartment brokerage during stressed market conditions.
REIS was very successful until 1986 when the real estate industry went through a major upheaval. The combination of a change in tax laws, the demise of the thrift lenders and the plummet of oil prices brought commercial development and sales to a standstill in Louisiana. David folded his company and joined a large real estate brokerage firm where he focused primarily on apartment complexes that were being held as REO by lenders and federal receiverships. During the late ’80’s and early 90’s, David brokered sales on dozens of large apartment complexes in the Gulf South region.

Apartment acquisition and rehab experience.
David, sometimes as a partner and other times individually, has acquired and rehabbed six apartment complexes. He continues to own and manage three of them in the Baton Rouge market totaling 412 units (see www.Gib.Management). One property was developed using Section 42 Low Income Tax Credits. The extensive knowledge and expertise that David has acquired through these experiences have inured to the benefit of his brokerage clients time and again.

Condo conversions.
In 1993, David and a partner converted an apartment complex into condominiums. It was one of the first successful conversions in the region since the early 1980’s. Over the next three years, David participated in the conversion of four other apartment complexes.

Other commercial investments.
David has been successful in purchasing land sites to either reposition or flip or to hold as long term investments. He also has experience in building, owning and leasing suburban offices.

David and his wife, Coco, reside outside St. Francisville, LA. They have successfully raised four children.

Education.
David earned a BS degree from the United States Naval Academy in 1974 and a masters degree (MBA in Management) from Golden Gate University in 1980.

David earned his CCIM pin in 1983.
He is a member and past president of the St. Francisville Rotary Club in and a member of the Feliciana Forestry Association.