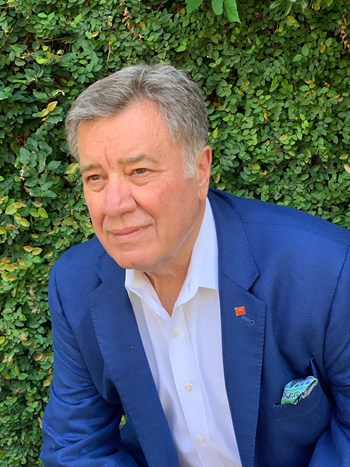 Karl Landreneau is a graduate of the University of Southwestern Louisiana. He has been an active player in matters affecting commercial real estate in Louisiana for more than 20 years and is the current Director of Commercial Sales & Leasing for NAI LATTER & BLUM, part of Latter & Blum Inc., the largest independently owned Real Estate firm in the Gulf South.

Karl’s previous accomplishments include 2006 Chair of the Commercial Business & Industry Team for the Louisiana Realtors Association (LRA) where he was recognized for his role in helping to create the first database of Louisiana commercial properties (LACDB) for commercial agents.

He has served in multiple industry leadership positions, including Past President of the Commercial Investment Division (CID) of East Baton Rouge Parish, 2006 graduate of the CCIM Jay Levine Leadership Academy where he was awarded the Susan B. Groeneveld award, 2007 President of the Louisiana CCIM Chapter, 2007 CCIM Region IV first Vice-president, and 2009 CCIM Presidential Liaison.

Landreneau is a current member of CCIM’s National Board of Directors. Since 2012, he has served in senior leadership positions within the organization, including First Vice President, Vice President, and was elected 2014 President of the CCIM Institute. Karl served as CCIM Interim CEO in 2021.

Landreneau is a senior instructor for the CCIM Institute and a trainer for Site To Do Business (STDB). He holds the prestigious CCIM designation from the CCIM Institute and the SIOR designation from the Society of Industrial and Office Realtors. The designations are reserved for highly-qualified real estate practitioners with a strong transactional history. In 2017, the Louisiana CCIM Chapter named a CCIM Education Foundation Endowed Scholarship in Karl’s honor. An agent will be awarded the annual scholarship for a CCIM Course.