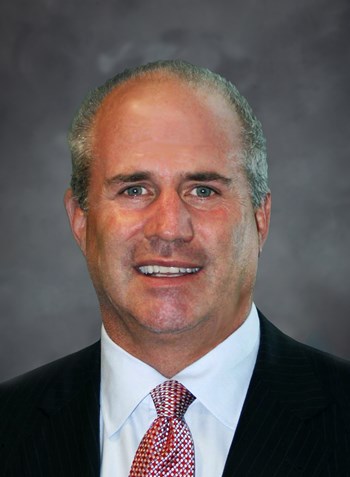 Jack Reardon comes to NAI Hiffman with extensive commercial real estate experience representing both landlords and tenants in the Chicago area for the past 23 years. Jack’s focus is on Chicago’s North, Northwest and O’Hare submarkets where he has been a top-ranking producer since 2001. He was formerly a Senior Vice President with CB Richard Ellis, and most recently, Executive Director with Cushman & Wakefield. With his diverse experience in brokerage, investment sales and asset management, he is able to provide unique strategic perspective to his clients. In addition, his unparalleled market knowledge and excellent relationships allow him to effectively negotiate on behalf of his clients, ensuring them the highest value possible.

During his career, Jack has represented many notable developments including the 2,200,000-square-foot Woodfield Corporate Center/Woodfield Preserve development, the Northwest submarket’s largest office projects. In addition, he has represented many other well-known developments including Continental Towers (900,000 sf), One & Two Century Centre, Centennial Centre, Atrium Corporate Center (450,000 sf), Parkway North (1,000,000 sf), Pointe O’Hare and Corporate 500 Centre (650,000 sf). In 2007, he was instrumental in facilitating the largest portfolio purchase in the Chicago suburbs, comprised of nine office developments totaling 5,000,000 square feet. Jack was subsequently awarded the representation assignment, on a “no-bid” basis, for five of those nine projects in the North, Northwest and East-West submarkets. Jack is a member of several Chicago area real estate organizations including CREO, NACORE and IDRC and is actively involved in numerous charitable organizations including the City of Hope and Greater Chicago Food Depository. In 1995, 2005 and 2007, he was named “Office Broker of the Year” at the annual Chicago Commercial Real Estate Awards, benefiting the Greater Chicago Food Depository, the premier event of the Chicago commercial real estate community. Most recently, Jack was awarded the NAIOP 2010 Top Suburban Office Transaction of the Year Award.