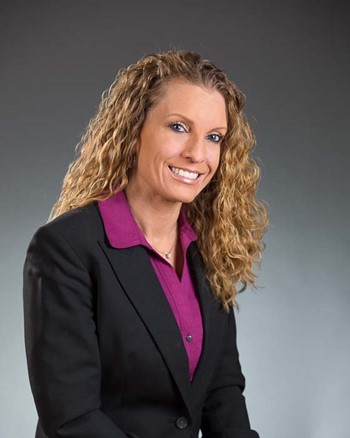 Dana joined NAI Maestas & Ward as a Commercial Property Manager in January of 2010. In her current position, she oversees all aspects of property management including lease processing and administration, payment collections and processing, financial analysis, budget preparation and presentation, maintenance oversight and tenant retention. She is dedicated to delivering quality service and works diligently to establish long-term relationships with her tenants while making sure her property owners know that the best interests of their property are her first priority. She has an in-depth understanding of property management issues and a broad range of skills that allow her to achieve successful issue resolution. She successfully communicated with a local municipality to resolve an ordinance issue that potentially would have cost some of her owners thousands of dollars. The City of Rio Rancho issued an ordinance requiring backflow prevention devices to be installed on all commercial buildings. Recognizing that businesses that had any possibility of contaminating the water supply already had backflow devices on their equipment, dental offices for example, Dana suggested that the mandatory backflow prevention device retrofit installation should be hazard based rather than a blanket requirement. After several phone conversations, emails and meetings, she received word in July of 2011 from the Water Authority that the Mayor had signed off on the revised ordinance, incorporating these changes. This resulted in a cost savings of approximately $20,000 for the owners of the affected office park. The City now conducts assessments to determine the need for retrofit installation of these devices. With more than 50 commercial retail and office properties under her management totaling more than half a million square feet, Dana is responsible for 200 plus tenants and manages properties in Albuquerque and Rio Rancho as well as in Bernalillo, Roswell, Ruidoso and Farmington, New Mexico. Some of the properties she manages include: • Academy Office Park (212,000 sq. ft. of office buildings set in a park-like atmosphere) • Jefferson Row (A fully leased 29,165 sq. ft. office building at Jefferson near Osuna) • Holly Place Retail Center (A fully occupied retail center on Holly, north of Paseo del Norte) • Cherry Hills Office Complex (6 office buildings totaling 37,868 sq. ft. at Wyoming and San Antonio) • Pan American Business Center (8 warehouse/office buildings totaling 90,600 sq. ft.) • A newly build retail center at 1121 Unser Blvd. (located east of the new Premier Movie Theater in Rio Rancho) Before she began her career as a Commercial Property Manager, Dana served for ten years as the Executive Assistant and Outreach Manager for the New Mexico Manufacturing Extension Partnership, a nonprofit organization in New Mexico. She also had several years of property management experience working for a private investor in Albuquerque managing commercial property, supervising construction personnel and leasing.

She obtained her real estate license in May 2010 after having scored one of the highest scores possible on the national and New Mexico licensure exams. Dana studied business management at CNM in Albuquerque.