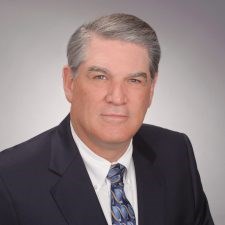 Brad Marnitz, Principal and Co-founder of Partners Commercial Realty, L.P. dba NAI Partners is a licensed real estate broker, specializing in corporate services. His ability as a shrewd negotiator and his display of creativity in resolving clients’ facility and lease problems has elevated him to one of Houston’s premier brokers.

Prior to entering the commercial real estate brokerage industry, Brad served for 11 years as a division manager of United Laboratories of America, Inc., a national firm where he coordinated all expansion efforts and lease negotiations for the company’s 28 sites nationwide. In 1985 he affiliated with Henry S. Miller in Houston, Texas as a leasing agent, specializing in tenant representation. He immediately established himself as a proficient competitor and top producer in the market, an achievement for which he is still known today. In 1989 Linkous, Farris & Potter, (LF&P) hired Brad as head of its Office Division. In February 1994 he acquired LF&P, re-engineered the company, and then in November 1994 formed a joint venture with Henry S. Miller Commercial in Dallas. In 1996 that JV was terminated when Brad initiated the merger with The Lewis Companies, which in January 1997 became Partners Commercial Realty, L.P. dba NAI Partners, as it is known today. Accomplishments • 35+ years experience in commercial real estate, 20+ years corporate services • Company’s top producer since 1987 • Member of Chairman’s Council, and the President’s Leadership Council • Completed over ten million square feet of tenant representation assignments • Completed 2,000+/- transactions • HBJ Heavy Hitter Award • CoStar Power Broker Award • NAI’s Gold Club Producer Award • Former Director of a public company