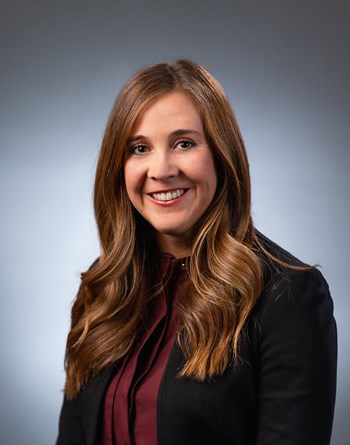 Alexandra “Alex” Pulliam joined the NAI SunVista (formerly NAI Maestas & Ward) Industrial/Land team in 2019 as an Advisor after a nearly 10-year career in construction. During her time in the construction industry she focused on marketing, business development, project management and operations for one of the largest commercial general contractors in the state and was the firm’s youngest shareholder. Alex focused on building relationships as well as buildings, and that same focus manifests in her current role at NAI. Never one to sit on the sidelines, Alex is known for problem-solving and connecting the right people to accomplish a task. She is committed to her goal of meeting deadlines and prioritizing her daily activities to exceed her client’s expectations.

A native New Mexican, Alex attended Sandia High School and The University of New Mexico where she received a bachelor’s degree in Mass Communication. She remains dedicated to bettering her community through her business activities and philanthropic contributions.

Alex does her best to bring spunk to her client interactions—a nod to her adventurous spirit outside the office. You can often catch her playing outdoors whether it be mountain biking, hiking, running, backpacking, skiing or just enjoying a book under an aspen. She travels often with her trusty dog and spends time with her large New Mexican family.

Published Article, “A Shareholder with Spunk” by Construction Executive, Oct. 2017