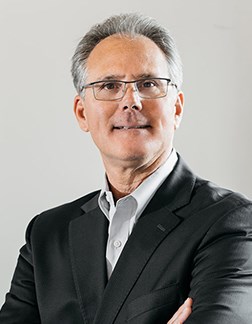 As President of NAI Puget Sound Properties, Scott Coombs works closely with the firm’s Executive Committee to establish and execute long-range and short-term strategic plans for the company. Additionally, he leads the recruiting, training and business development efforts of the firm and has a number of operational responsibilities, including increasing market share, maximizing financial performance, and supervising the marketing, leasing and sales activities of NAI PSP’s brokers. Under Scott’s leadership NAI PSP has twice been recognized by the Puget Sound Business Journal as the #1 Best Place to Work for Midsize Companies (2018 &2019) and was ranked the 40th Fastest Growing Company in Washington State from 2016 thru 2018, and 15th Fastest Growing Company in East King County during that same period. Prior to coming on at NAI PSP, Scott held leadership positions at several of the industry’s most successful brokerage and real estate operating companies; he was Managing Director for the Northwest Region at Colliers International and served as Executive Vice President of the Brokerage Division at Kidder Mathews.

Scott discovered commercial real estate when he was in his senior year at the University of Washington, and he began his career as a broker. He likes that commercial real estate is “truly a people business” and that the individuals he encounters daily—both clients and colleagues—are creative, intelligent, smart, and fun people to do business with. He appreciates how the industry is always changing thanks to the dynamics of the marketplace and that every interaction comes with new and varied goals and opportunities.

As President of NAI PSP, Scott takes pride in leading by example, genuinely cares about the people he works with, and approaches his role with passion and integrity. He appreciates that the NAI PSP company structure rewards both hard work and being a good teammate over numbers alone, and he feels this structure has allowed the company to develop a unique, welcoming, and collaborative environment. A highlight for Scott during his tenure at NAI PSP has been seeing the company top the list for companies with 50–99 employees in the Puget Sound Business Journal’s 100 Best Workplaces in Washington. He finds this accolade particularly gratifying as it, in essence, “came from the people” and is a clear indicator that his teammates like where they work.

Scott understands that it takes work to build and enhance a positive work environment. Knowing that the people are everything in the commercial real estate industry, when hiring, Scott values intangible people skills above all else. He follows the Hal Rosenbluth philosophy that “the customer comes second,” instead supporting his colleagues first and foremost, knowing that if you take care of your people and allow them to flourish, they, in turn, will take care of the client. Similarly, he subscribes to the Jim Collins school of thought of “getting the right people on the bus, the wrong people off the bus, and the right people in the right seats,” with the ultimate focus of building a strong team of ethical, honest, and hardworking employees.

Throughout his career, Scott has been active in the community and the Real Estate industry and he was recently appointed by Governor Jay Inslee to serve a six-year term on the Washington State Real Estate Commission. Scott is on the Board of Directors of the Commercial Brokers Association and served as its President in 2014 and 2015. He is also a board member of the Washington Chapter of SIOR and the Robert Vasen Foundation, and he is a past Director of the Bellevue Chamber of Commerce, Washington State Chapter of NAIOP, Urban Land Institute Northwest, and the Bellevue Boys and Girls Clubs.

Scott currently resides in Bellevue, WA with his wife Terri; they have four grown children: Matt, John, Lauren, and Christine. He enjoys golfing and fishing in his spare time and is an avid smoker of meats and fish on his home smoker.